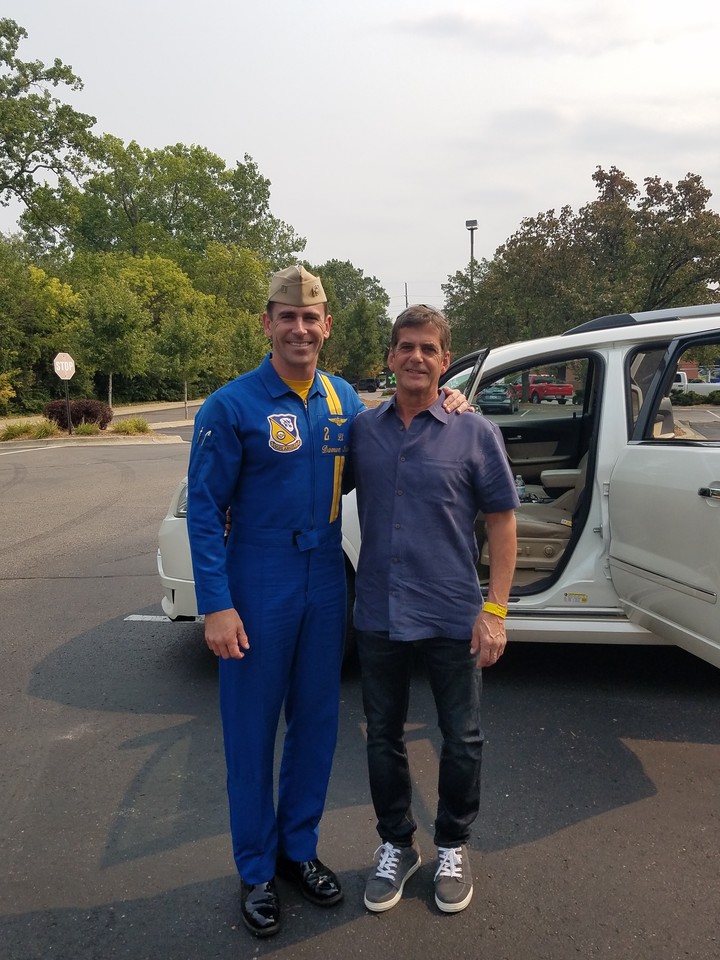 Dr. Kroes and his nephew, Lieutenant Damon Kroes, who has been a flying pilot with the Blue Angels since September 2016! He has accumulated more than 1,300 flight hours and 280 carrier arrested landings. Most of the Blue Angels received chiropractic care to stay healthy on + off the plane! 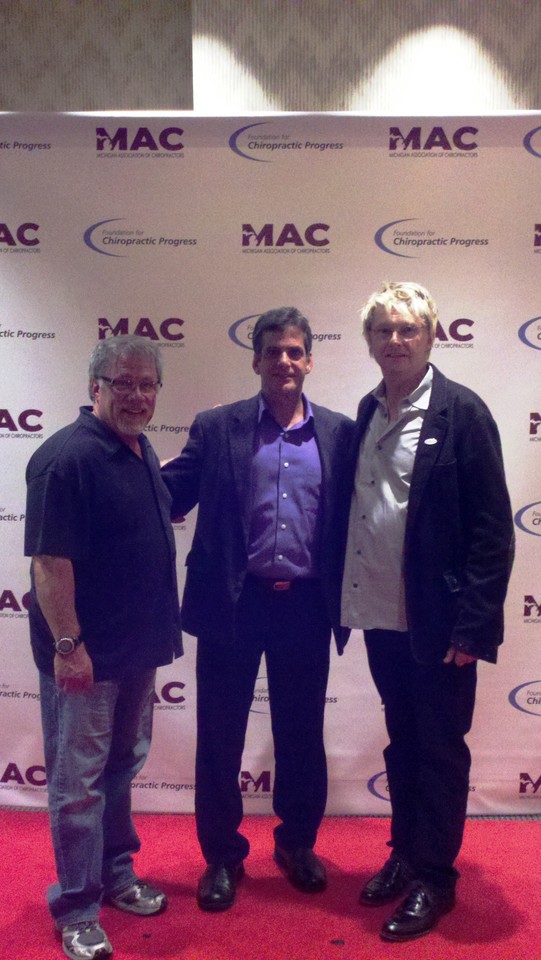 Sheehan and Hays are behind the movie "Doctored," a screening of which was sponsored by East Stadium Chiropractic and 8 other local wellness centers at the Michigan Theatre. The screening on October 22, 2013 had over 200 attendee's and is continuing to provide a spark amongst the medical and chiropractic communities today.

According to Rotten Tomatoes, "Doctored" is director Bobby Sheehan and producer Jeff Hays' entry into the emerging genre of health focused feature documentaries and follows both patients and health care providers struggling within a broken health care system. The story begins with the AMA's attack on their non-drug providing rivals, the chiropractic profession. Interviews and historical footage expose the AMA's clandestine campaign to eliminate chiropractic services, which culminates in a 15 year legal battle known as the Wilk case. The key point made early in the film is that as it relates to health care almost all areas have been "doctored". Endemic of the problem is the plight of today's MD who is forced to forgo the "art" of medicine in exchange for 12-15 minute appointments and forced prescriptions dispensing. Although the US makes up only 5% of the world's population, we consume over 50% of all the world's pharmaceutical drugs, while we endure worsening health. Sheehan shed's light on this "doctored" system and opens a conversation on real solutions (Rotten Tomatoes by Flixster). 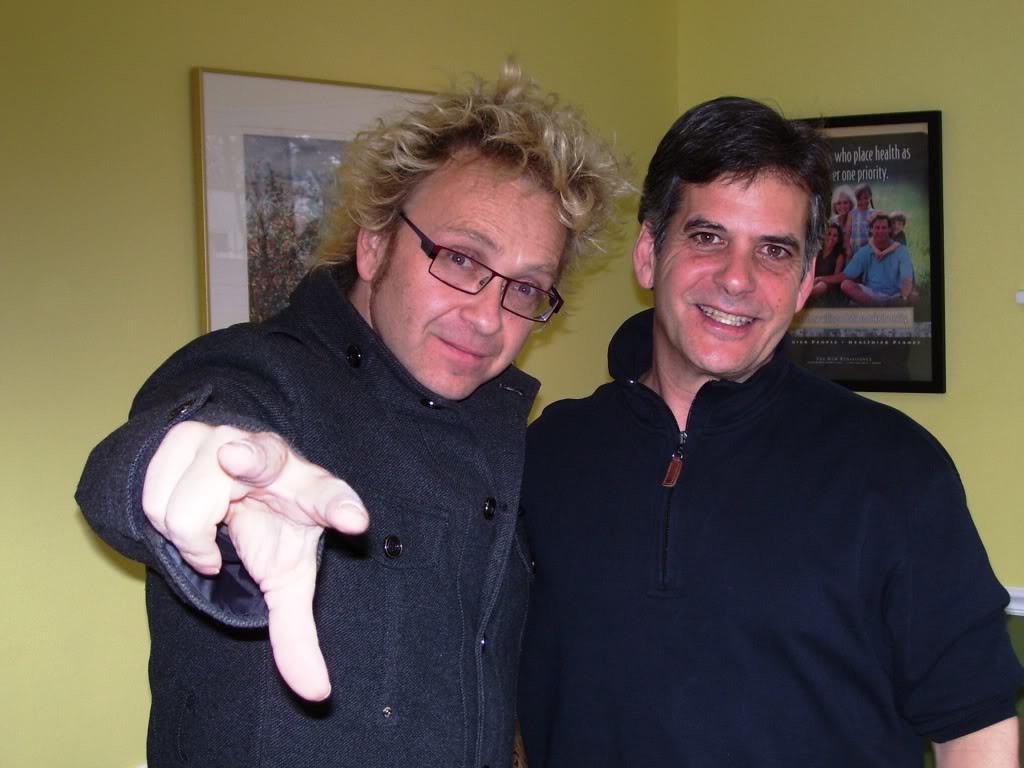 Franz is an American magician and inventor. The first world-class magician ever to design and create all of his own illusions, as well as perform them live. He has appeared on television shows such as the first episode of NBC's The World's Greatest Magic, where he vanished the Space Shuttle. 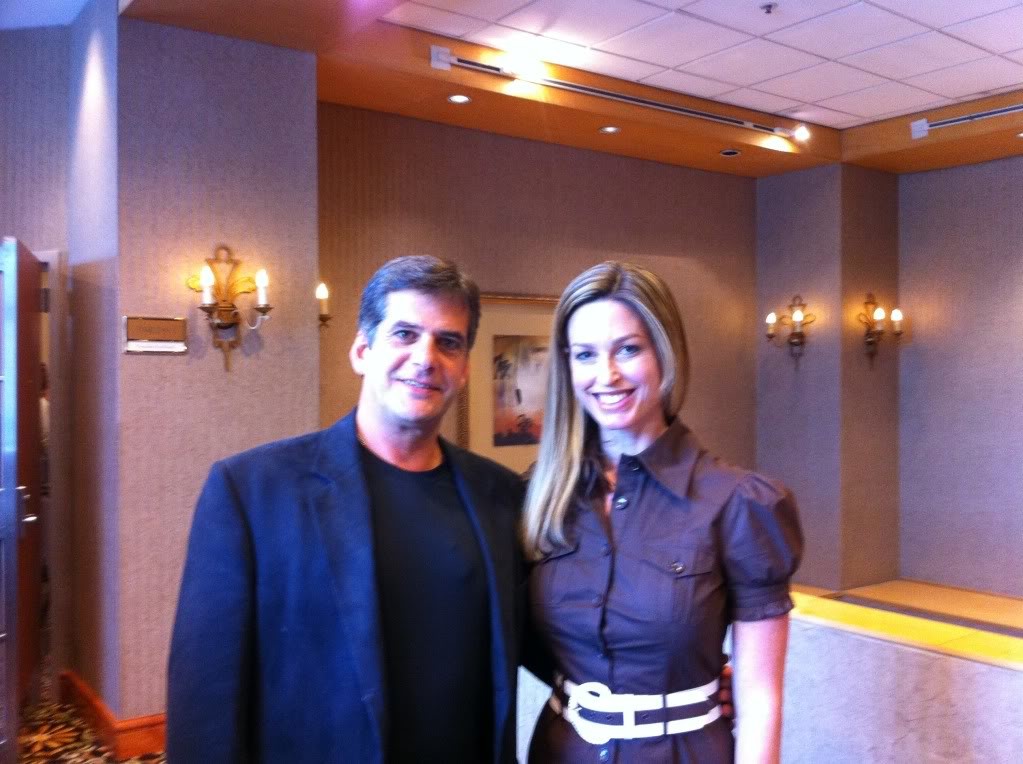 Dr. Brian and Kristi Frank from The Apprentice.

Dr. Brian is to be featured on the up and coming show, "America's Leading Doctors!" The show will be hosted by Kristi Frank, best known for her role on the NBC reality tv series, The Apprentice with Donald Trump. Kristi has also appeared on Oprah, The View, CNBC, and The Today Show. 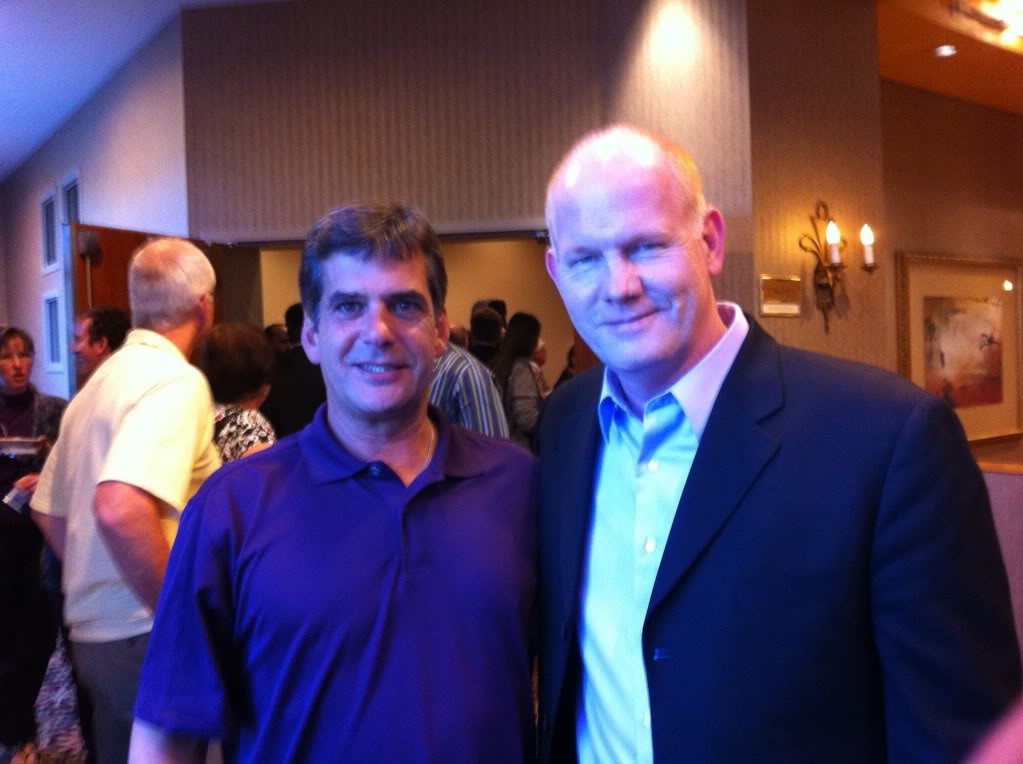 Dr. Brian helps out Glenn Morshower after an injury.

Best known for his role as Aaron Pierce on the Fox hit series 24. Glen has also appeared on over 160 other film and television shows including The Men Who Stare At Goats, Transformers, Transformers: Revenge of the Fallen, Transformers 3, Good Night and Good Luck, Air Force One, Hostage, Under Seige, All The Kings Men, Pearl Harbor, Black Hawk Down, CSI, The West Wing, and Friday Night Lights. 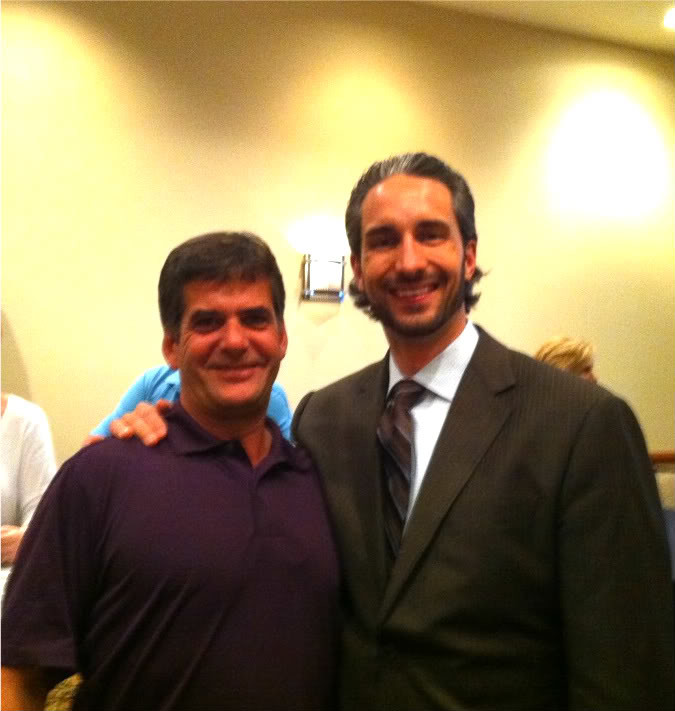 Garrett is the author of the New York Times best seller, "Killing Sacred Crows." Dr. Brian enjoys associating with Garrett because of his passion for helping connect people with their soul purpose in life. Garrett has had many popular media apperances on Fox News, CNBS, newspapers, magazines, and radio stations. 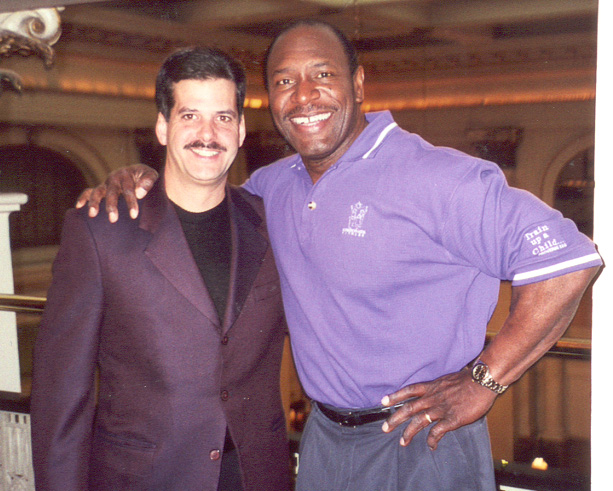 Mr. Haney holds the record of having won the coveted bodybuilding title of Mr. Olympia for eight straight years, besting Arnold Schwarzenegger who won that title for seven.  He also serves in the influential and prestigious position of Chairman of the President's Council on Physical Fitness, a position in which he has not hesitated to support the vital role of chiropractic in fitness and health. 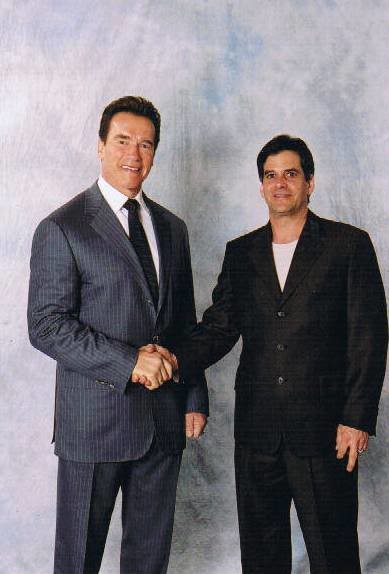 "I am very fortunate to have, so-to-speak, my in-house chiropractor, Dr. Franco Colombu, as my own personal chiropractor. So, I visit Franco regularly, and he comes over to my house. He adjusts my wife, my kids, me, everybody gets an adjustment. And we feel always great when Franco leaves. Even when I have athletic injuries he's always there for me, and helps me. So it's really terrific, and I know that first hand. That's why I always will be traveling around, all over the world, talking highly about the profession of chiropractic. You chiropractic doctors are really miracle workers, and that's why it's really great to have you here, part of the Arnold Classic. Because, like I said, the Arnold Classic and Fitness Weekend are about health and about fitness and preventive care." 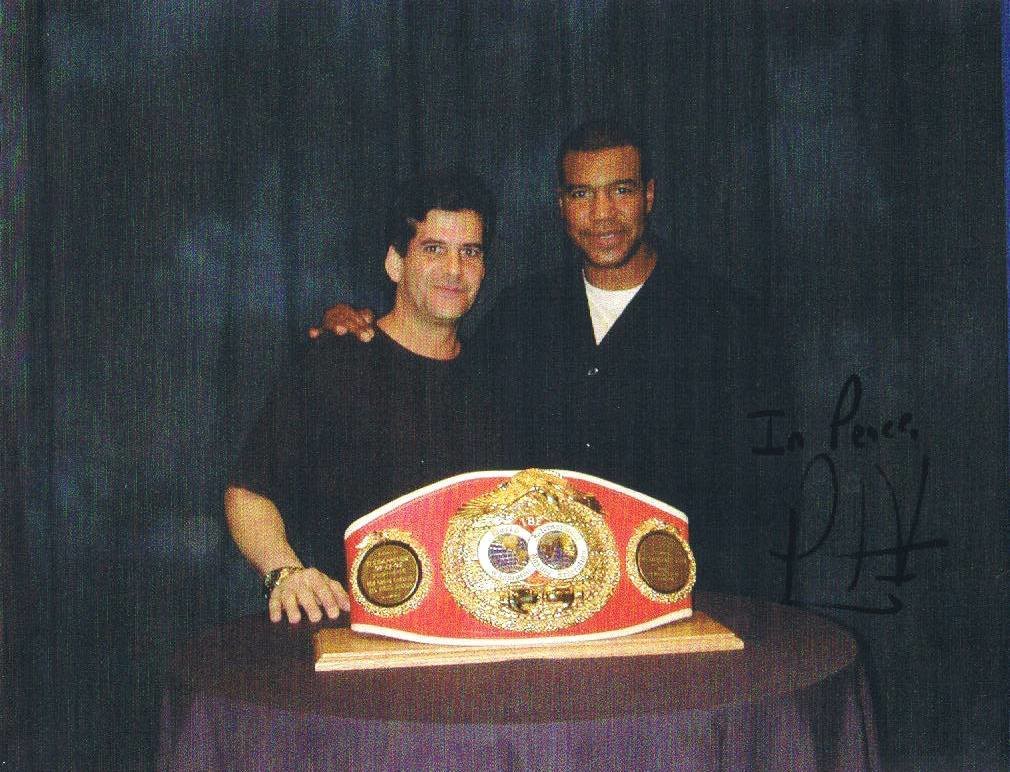 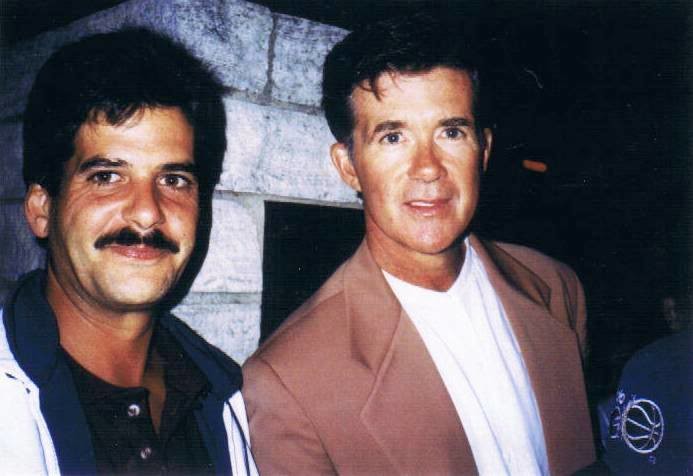 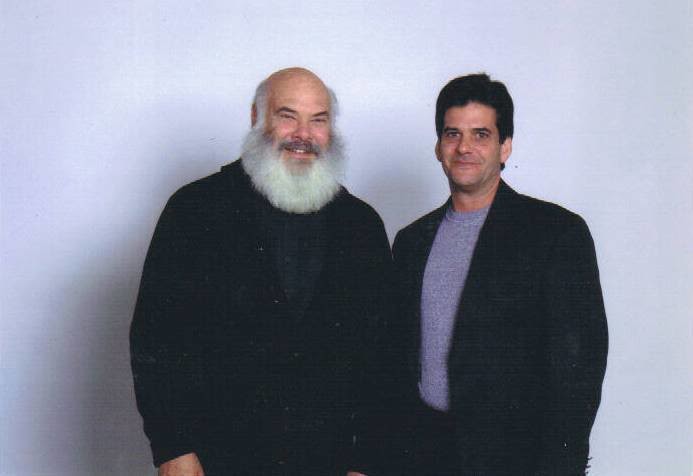 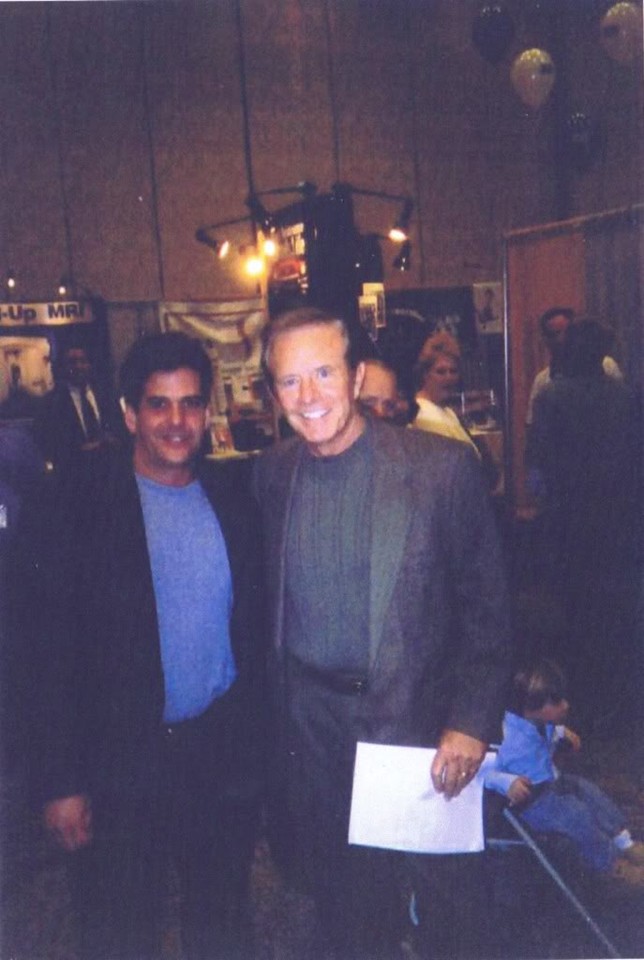 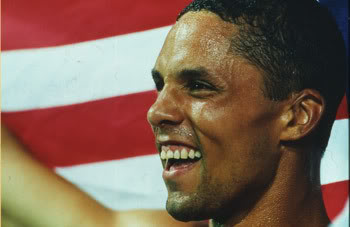 "If it were not for Chiropractic, I would not have won the gold
medal." 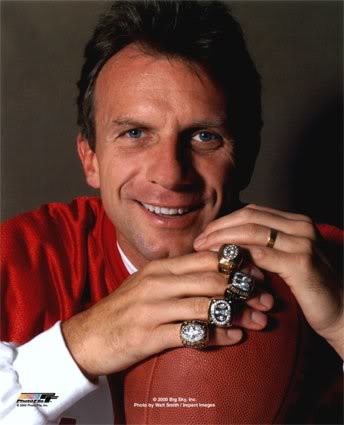 "Chiropractic care works for me."
One of the most recognizable celebrity/athletes, holder of four Superbowl
rings, three Superbowl MVP's and Player of the Year in 1990 has
agreed to become the spoke person for Chiropractic in the State of
California. 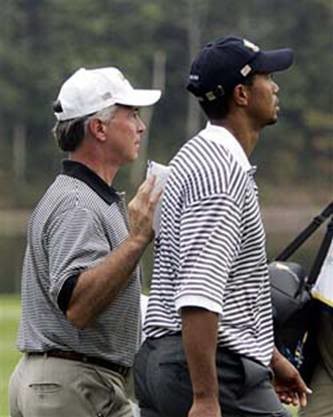 "Being a chiropractor patient has really helped me immensely."
"...lifting weights and seeing a chiropractor on a regular basis has made
me a better golfer. I've been going to Chiropractors for as long as I can
remember. It's as important to my training as practicing my swing.
Chiropractor Tom LaFountain, left, holds an ice pack on Tiger Woods'
back as they walk down the 11th fairway during the better-ball matches
at the Presidents Cup Friday, Sept. 23, 2005, at the Robert Trent Jones
Golf Club in Gainesville, Va. 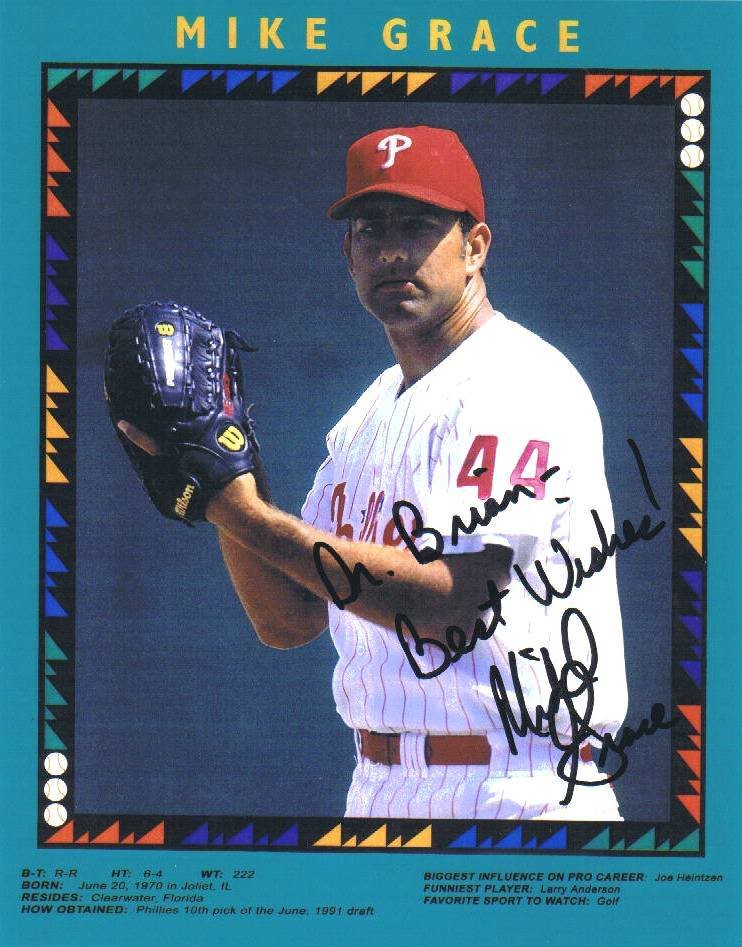 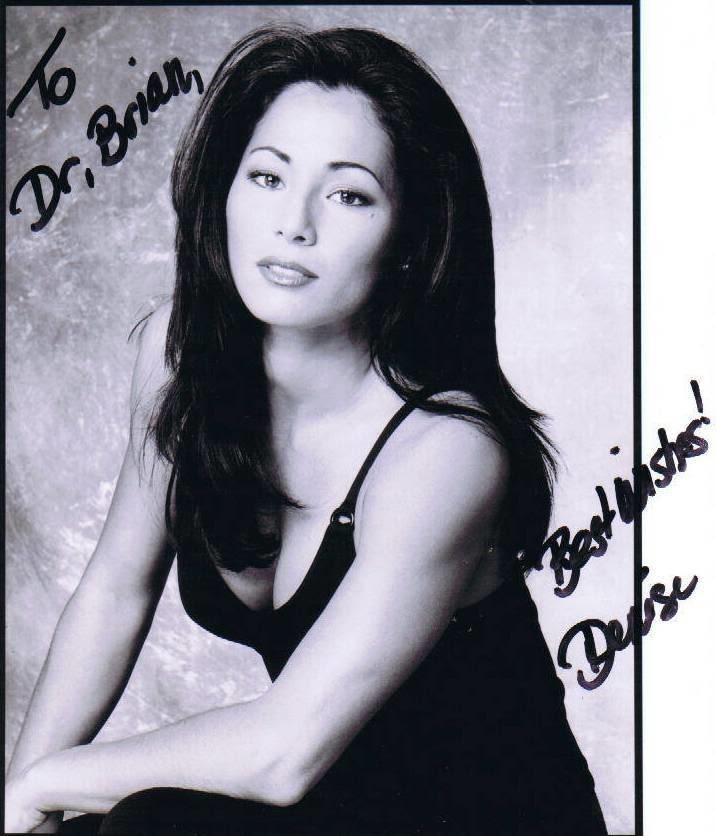 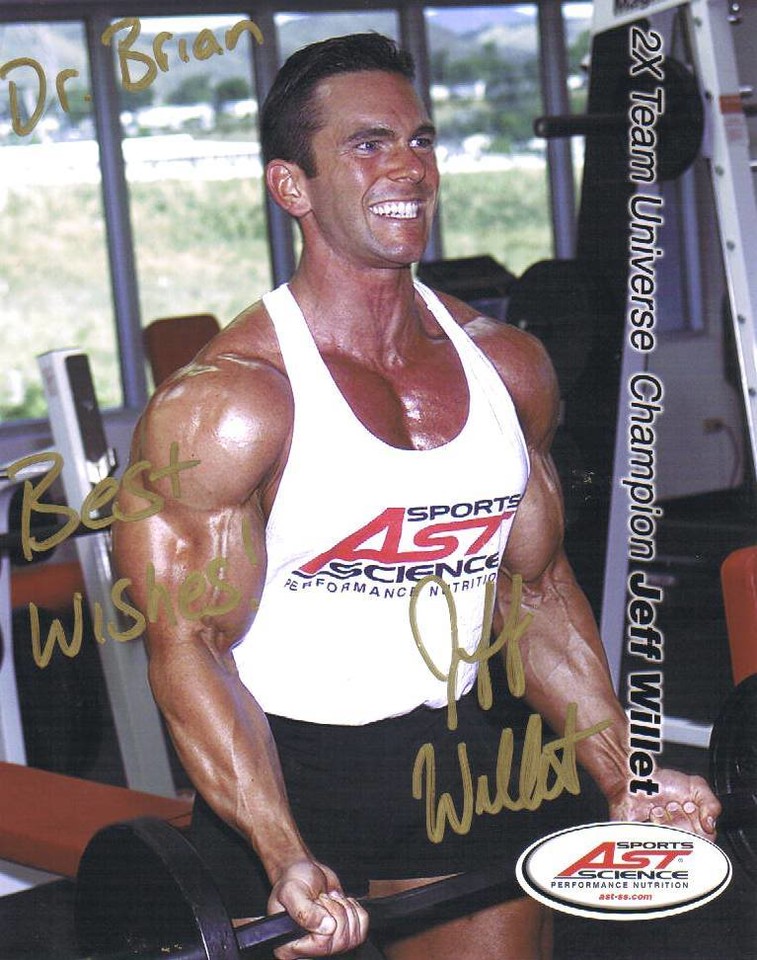 Other Famous Celebrities and Athletes Under Chiropractic Care

These famous people all have the ability to choose any health care in the world, but they have unanimously chosen chiropractic for it's health and life enhancing capabilities!  Make the intelligent choice! Join these celebrities and 30 million other Americans who utilize Chiropractic for every aspect of their lives. 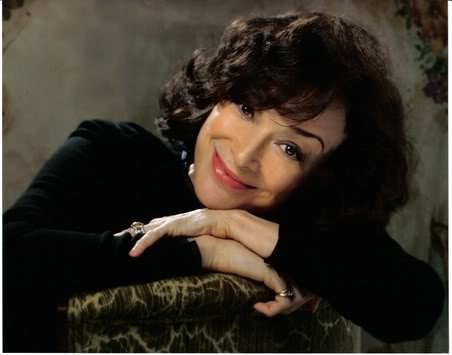 "I have a wonderful chiropractor. I believe a healthy spine is a healthy body." 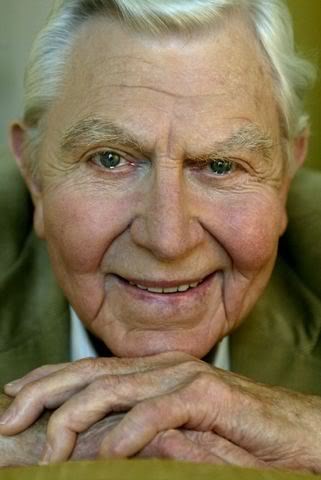 "Chiropractic has advanced tremendously over the past few decades.
It has grown by leaps and bounds to become a specialized and accepted science." 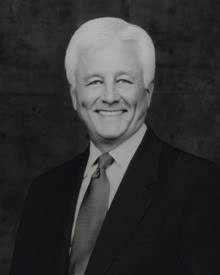 "I like to go to the chiropractor at least once a week and have for the past 20-25
years. I feel better when I go; I have more energy." 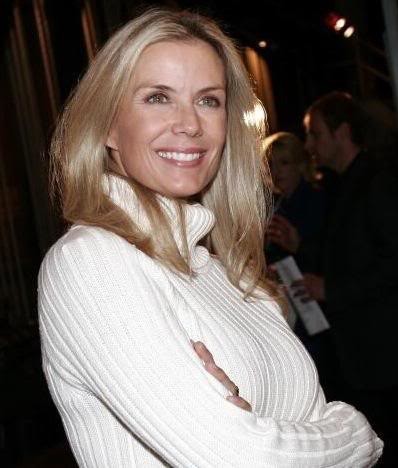 "I leave my chiropractor's office feeling fresh and rejuvenated and
back in line the way I should be.  He has also been successful at getting rid of my tension headaches." 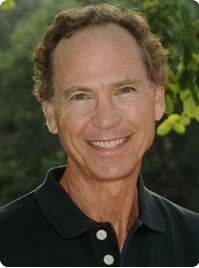 "Chiropractic works in harmony with the basic healing forces of the body, whereas the allopathic, western medical establishment doesn't have nearly as holistic a vision." 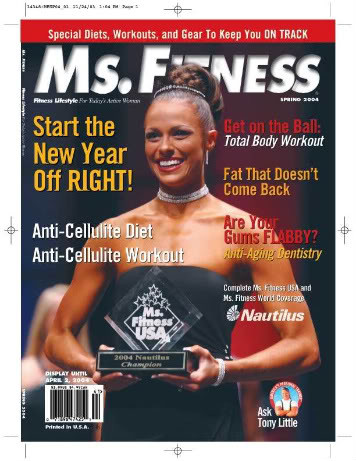 "Basically, I've always believed in chiropractic care. My parents introduced my brothers and myself to chiropractic care when we were very young and it's been an instrumental part of my life. I believe that it allowed me to do gymnastics when I was very little and allowed me to stay in sports and lead a very active lifestyle. I think it's natural to have aches and pains when you bend your body in directions it wasn't necessarily meant to [be bent in], so it makes sense to go to a chiropractor to get my body back in alignment. Ever since I can remember, I've gone to a chiropractor.

Candace Pert, Ph.D - Author of Molecules Of Emotion: The Science Behind Mind-Body Medicine and
other great books.

Dr. Joyce Verdel - "Chiropractic helps athletes and people working out, engaging in a sport or even just performing daily functions such as walking and sitting, to operate at their peak levels of performance without pain. I highly recommend that you pay a visit to your local chiropractor."

A research study conducted by Drs. Anthony Lauro and Brian Mouch, published in the journal of Chiropractic research and Clinical Investigation, 1991, indicated chiropractic care might improve athletic performance by as much as 16.7% over a two week period. The report also concluded that subluxation-free athletes react faster, coordinate better, execute fine movements with improved accuracy and precision, amounting to an overall better athlete. Top professionals in every sport are under chiropractic care to increase health and performance. The following are just a few sports stars under chiropractic care.

Mindy Mylrea, World Champion - "We put a great deal of stress on our bodies, so chiropractic is very helpful."

Jose Canseco - "I've found that it's a great stress reliever to get adjusted. It takes away a lot of the tightness in the muscles"

Wade Boggs - "Last year I found Dr. Newman (chiropractor), and I have been seeing him ever since. I have been pain-free and feeling terrific. I swear by it.
Now, it is just maintenance and keeping in line so the nerves don't touch."

Greg Mathews - Credits chiropractic with helping him get off the disabled list and overcome a careerthreatening slump!

Ryan Sandberg - His wife Cindy explained, "He's had some awesome games after getting an adjustment. He was frequently adjusted before games."

Dan Schayes - "I use chiropractic as my main source of healthcare."

Gerald Wilkins - "I didn't know how much I could improve until I started seeing a chiropractor. Since I've been in chiropractic, I've improved by leaps and bounds, both mentally and physically."

Evander Holyfield - "I have to have an adjustment before I go into the ring. I do believe in chiropractic. I found that going to a chiropractor three times a week helps my performance. The majority of boxers go to get that edge."